On 29 September 2012 Indo-Armenian Friendship NGO’s members attended and participated in “A Bharatnatyam Dance Performance ” event performed by Bharatnatyam Dance Exponent Ms. Revathi Ramachandran. The performance took place at Arno Babajanyan  hall in Yerevan and was dedicated to the Celebration of the 20th Anniversary of the establishment of the Diplomatic Relations between the Republic of India and the Republic of Armenia. The organizers of the event are The Embassy of India in Yerevan, The Indian Council for Cultural Relations, Ministry of External Affairs, Government of India, and the Ministry of Culture of the Republic of Armenia.

The event began with the inaugural address by Mr. Pankaj Saxena, Charge d’ Affaires of the Embassy of India in Armenia, who welcomed all participants from different diplomatic missions, organizations, universities etc. and expressed his gratitude to all organizers for such a beautiful initiative. Then Mr. Artur Poghosyan - Deputy Minister of Culture in  Armenia addressed the large audience present in hall and talked about the importance of Indo-Armenian cultural relations which have long celebrated history. He also reminded this event as a part of  celebration of “Indian Cultural Days” in Armenia form 28 September till 2 October. During these days Bharatnatyam Dance Group will also perform in Yerevan State Medical University and in Gyumri - the cultural capital of Armenia. 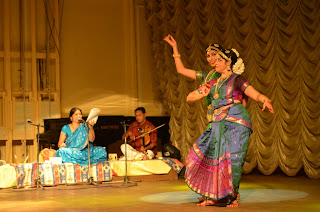 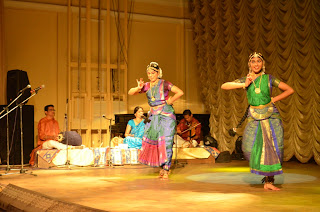 Ms. Korukkai Ramachandran Manasvini  daughter and  student of Ms. Ramachandran accompanied with her Guru and mother to thrill the audience with their classical dance performances. It was a great performance to showcase the Indian spiritual and philosophical thought system where the expressions, the melody and the sound are in harmony with each other and emphasized the Union of Outer World with Inner World. 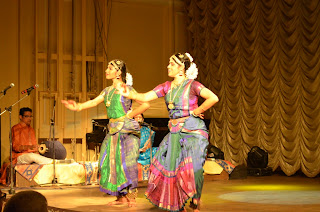 Bharatnatyam is one of the ancient classical dances of India which are all based on “Natya Shastra” created by Bharat Muni. Bharatnatyam is also known as the fifth Veda or Natya Veda, a quintessence of four Vedas which were written thousands of years ago during Vedic Period. The word “Bharatnatyam” is composed of the terms, “Bha- Bhavam (means expression), Ra- Ragam (means music), Ta- Talam (means beat or rhythm) and Natyam (means dance). Bharatanatyam is a traditional dance-form known for its grace, purity, tenderness, and sculpturesque poses. Today, it is one of the most popular and widely performed dance styles and is practiced by male and female dancers all over the world. 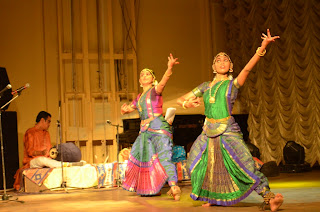 The philosophy behind this dance is to search the human soul and unite with the Supreme Being. Ms. Revathi Ramachandran is one of the best dancers who really feels and presents to public the meaning of these dances. Her artistic talent was discovered by the great Guru Mangudi Dorairaja Iyer, a Maestro of the Melattur style of Bharathanatyam, and the visionary who revived the Shuddha Nrittam style of Bharathanatyam to make it his principal legacy to his student, Revathi. Revathi gave a lot performances in various parts of India and around the world (USA, Canada, UK, France, Singapore, Rome,Malaysia and the latest is Armenia) receiving great appreciations for her performances. In 1987 she established Kala Sadhanalaya Dance school which grown up by size and talents who are the representatives of Bharatnatyam dances.


At the end of the event, IAF Secretary General  Ms. Lusine Toroyan on behalf of President Mr. Rananjay Anand and all IAF  members congratulated all organizers and  Bharatnatyam Dance Group for this great event. Ms. Lusine and IAF Vice President Mr. Karen Hovhannisyan presented Ms. Revathi with a Bouquet of flowers and Armenian Souvenirs to her dance group members as a symbol of gratitude on behalf of all IAF members.

All audience present in the event were spell-bound with the special dance performances. This evening was one more proof of strong Indo-Armenian relations. 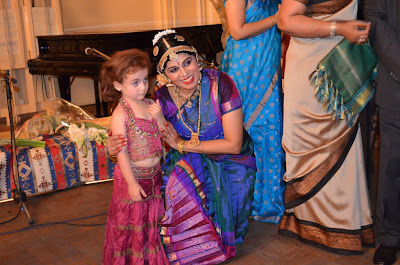 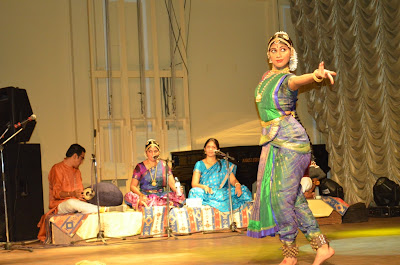 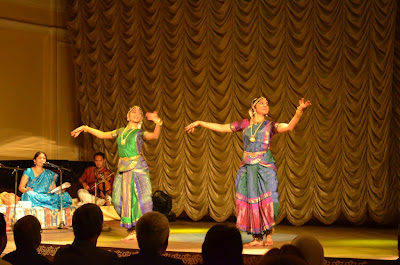 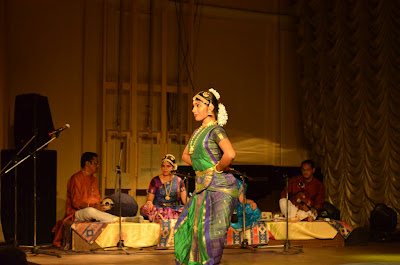