Continuing the tradition of taking the group photo exhibition “India through the Armenian Lens” to the different cities of Armenia «Indo-Armenian Friendship» NGO in association with the Embassy of India organized the exhibition in Ijevan, Tavush marz (region).

The exhibition is a part of “Indian cultural days in Tavush” program dedicated to the 66th anniversary of Indian Independence. The opening ceremony started on 9th of August at “Vernatun” galleri, Ijevan. This time the exhibition was not only including the photo collection of previous exhibitions but also paintings of two Armenian artists Vardan Avetyan and Vladimir Soghomonyan under a different group exhibition titled "Mystic reflections of India". 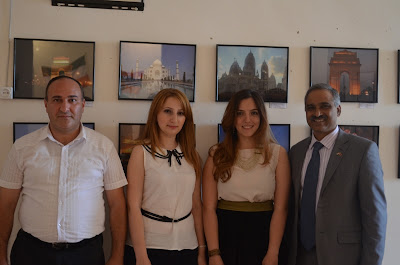 The distinguished guests of the opening ceremony were Ambassador of India in Armenia, Dr. Suresh Babu, Vice-Governor of Tavush region Mr. Levon Sargsyan, Mayor of Ijevan Mr. Vardan Ghalumyan and chief of department of Culture at the municipality of Ijevan Mrs Lilit Ghalumyan. 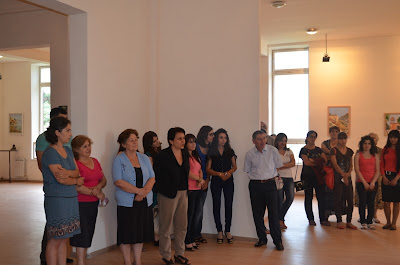 The opening speech was given by Lusine Toroyan genral secretary of «Indo-Armenian Friendship» NGO. She presented the purpose of organizing the exhibition and welcomed all guests on behalf of the president and vice-president of the NGO Mr Rananjay Anand and Mrs Ruzanna Ashughyan.

Thanking the organizers for initiating the project “Indian cultural days in Tavush” the distinguished guests mentioned especially the necessity of organizing more and frequent events dedicated to the friendship of the two respective countries. 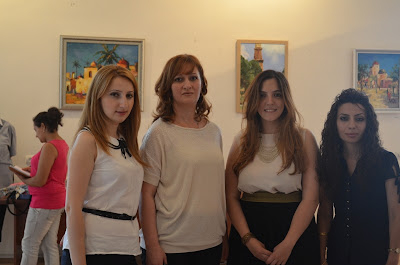 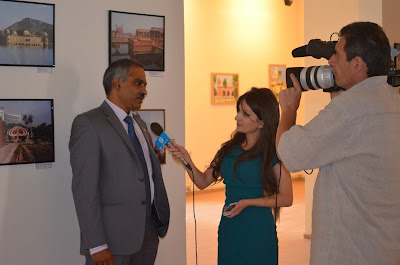 Afterwards the audiences were invited to the Cultural House of Ijevan where in the framework of the project Indian films of various genres will be screened with Russian dubbing. 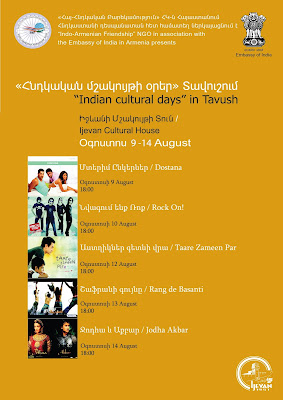 The events will continue till the 15th of August – India’s 67th Independence Day.


The program is supported by the Embassy of India in Armenia, Municipality of Ijevan and Ijevan wine-brandy factory.