RECOLLECTING YEAR 2015: A THANKS NOTE 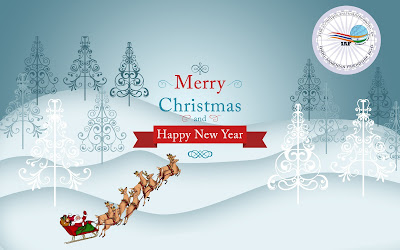 Greetings to you all!

One more year loaded with sweet memories and cheerful times has passed and we are sure it will continue to be more vibrant in forthcoming years too.

Year 2015 is coming to an end today and it's been quite eventful year for IAF. We've tried our best to manifest Indo-Armenian Relationship to newer heights. However, it would not have been possible without your unconditional love & support! Let us recollect a few important events of the year here.

We started 2015 by organizing Armenian Christmas at different locations in india through our members in that particular city or region. We organized it in New Delhi. IAF's South India coordinator Mrs. Ashkhen Khachatryan coordinated and organized the same in Chennai for whole South India. They visited the historical Armenian Church in Chennai and had Christmas Dinner. Armenian Community from Bangalore, Chennai and Puducherry joined altogether in Chennai. 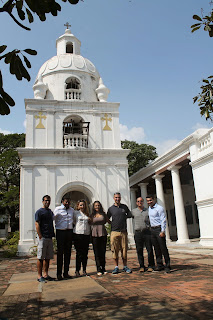 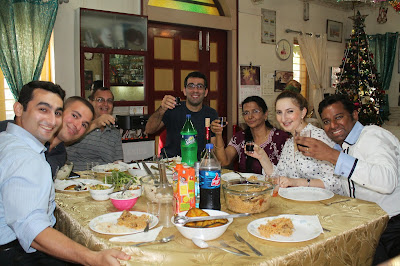 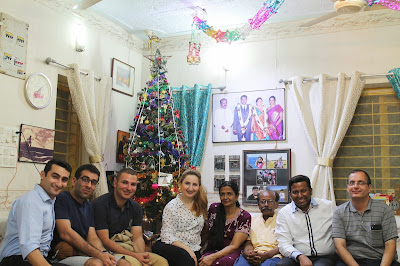 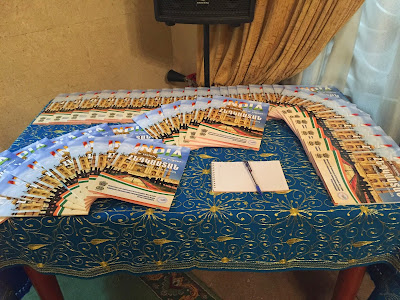 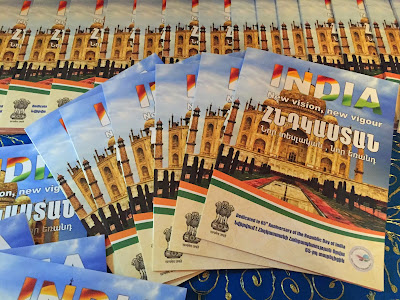 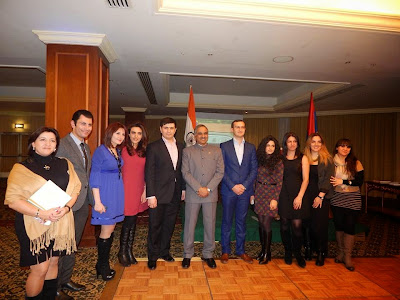 From 26 to 28 of March, our Armenian friends had the chance to enjoy one more time the magic world of Bollywood on big screen of Moscow cinema. 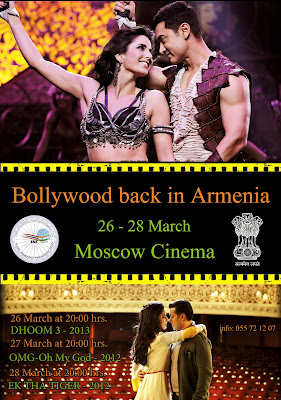 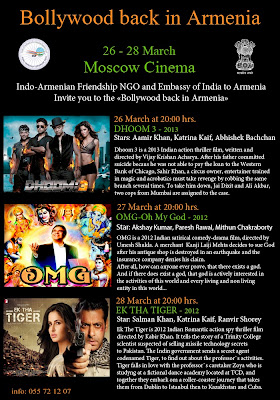 We had the pleasure to invite everybody to enjoy Indian films in the framework of “Bollywood back in Armenia” project. The screening was organized in collaboration with the Embassy of India to Armenia and Mr. Davit Bejitashvili from Georgia, and took place at Moscow cinema. 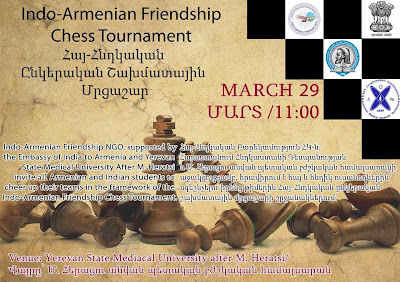 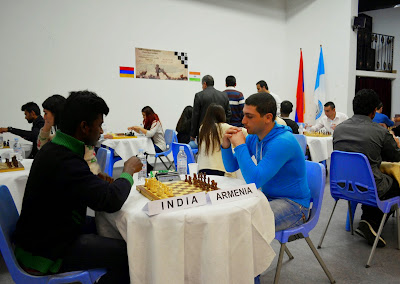 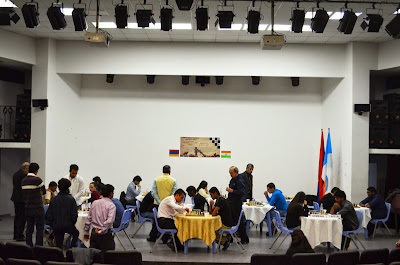 As decided by IAF this tournament will become an annual event of IAF Sports Club.

On May 26th, Medal Felicitation Ceremony to the winners of 1st Indo-Armenian Friendship Chess Tournament (29.03.2015) was organized at Yerevan State Medical University after M.Heratsi. 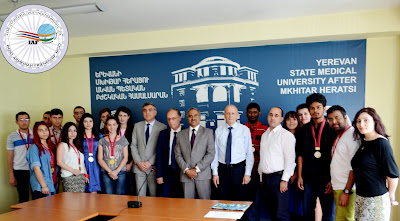 The awarding ceremony was attended by H.E Ambassador of India to Armenia Dr Suresh Babu, the rector of YSMU Mr. Mikayel Narimanyan, Vice-Rector for External Affairs and International Partnerships Mr. Yervand Sahakyan and the president of Chess Academy of Armenia Mr. Smbat Lputyan.


One of the biggest achievements of the year that everyone cherished. From 31st of August till 6th of September Indo-Armenian Friendship in collaboration with ICIRLD Armenia and Havana Restaurant Complex with the support of the Embassy of India in Armenia organized  a 7 days long Cultural Festival “Days of India in Armenia”. 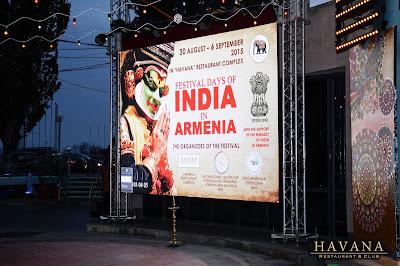 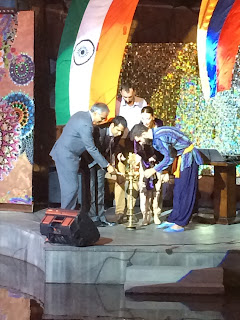 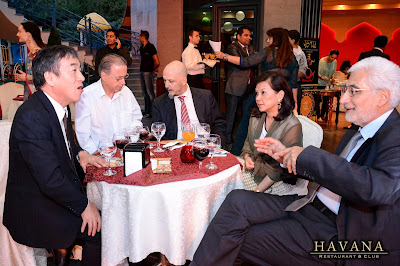 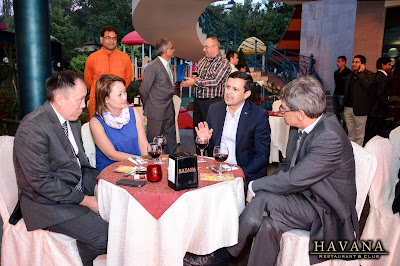 It became a festival of colors and joy, tastes and beauties, a festival of a real friendship and global understanding, a festival of new discoveries and new perceptions of real India which is beyond Bollywood. The grand opening was attended by more than 20 ambassadors of different countries in Armenia, by many representatives of very different Ministries and just by Indian culture lovers. 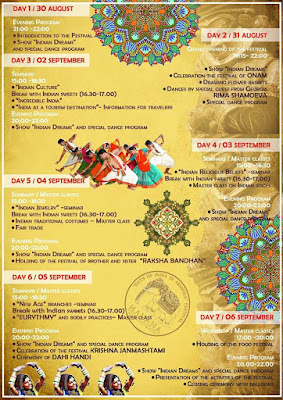 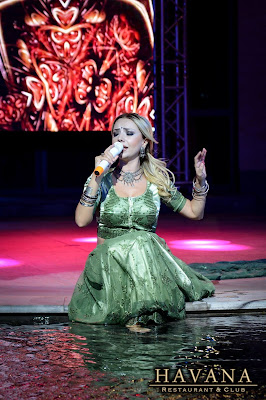 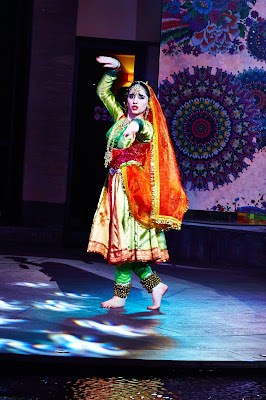 In November IAF in association with Yerevan Mall, organized a Bollywood Dance FLASH-MOB in Yerevan and people enjoyed it a lot. In November itself IAF joined the YSMU team and Pharaon Entertainment Complex in support with Embassy of India to celebrate the festival of lights Diwali in the name "Indian Cultural Night". It was one of the most glittering events of the year.

In December, IAF in collaboration with Embassy Of India and Media Focus Organization, organized a huge successful event: "India In Yerevan Metro" exhibition and Indian Movie Dance Flash-Mob in Yerevan Metro. It became a viral event and many people passing through Yeritasardakan Metro in Yerevan enjoyed that.

Apart from all this, we organized many more small and medium events and programs throughout the year which is not mentioned here.

On this note, let us take this opportunity to thank our all members for their great support. Special thanks to Embassy of India in Armenia for their continuous support to us to help us realize our all activities. Thanks to our all partner organizations, for making the huge task easier for us with their complete supprt and last but not the least..A heartfelt thanks to our IAF team which is ably and comprehensively coordinated by our Secretary General Ms. Lusine Toroyan in close-coordination with our team members Armine Sargsyan, Anna Hovsepyan, Roza Navoyan and Ani Yeremyan. Without their dedicated hard work, this all would not have been possible.

On behalf of all IAF team members, we wish everyone a very happy and prosperous New Year 2016!