Stretch your feet according to your blanket

The interview below was made by online magazine tert.hraparak.am in Armenian. At the request of our group members we are posting here the English version of the interview.

Indian Ambassador Extraordinary and Plenipotentiary to Armenia Mr. Achal Kumar Malhotra visited «Galiq» college in Ijevan. This is his second visit to this college.

The director of «Galiq» college Arsen Bayramyan said that this visit is also symbolic, because exactly seven years ago on February 15, 2003 the cooperation between the college and Indian Embassy in Armenia had been established. Mr. Malhotra is the third Indian Ambassador who keeps friendly contact with the college where foreign languages, including English, French, Italian, Spanish, Persian, Ukrainian, Portuguese, etc., are taught along with the number of professional subjects. The Ambassador attended an Indian language open class, where the students showed an Indian dance and a theatre performance in Hindi. Achal Kumar Malhotra mentioned that the Armenian youth can speak Indian quite good. "I am very glad to see that Indian language is taught in Ijevan," said Indian Ambassador to RA. "Every country’s language learning helps people to make good contacts, and I am sure that these people will help Armenian-Indian relations become more closer", said Mr. Malhotra. For those who want to study thoroughly Hindi language will be able to study in India in the frame of educational program. 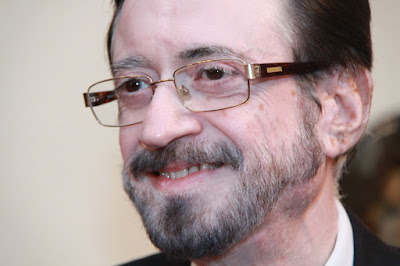 We had a talk with the Ambassador:

Mr. Ambassador, does the Indian youth show interest towards Armenia?
At this moment there aren’t many opportunities in India to teach Armenian, but there are children from Armenia and other countries who study Armenian language and history in Calcutta.


Financial Analysts point out that not in distant future India will fortify its positions so that together with China's it will turn the geopolitical pole to Asia. What would you say regarding this as the representative of India in our country?
Not only India and China, but Brazil is also taking steps, and yes, it can be said that a few years later Asia due to its economic outgrowth will fix the leading position. I should mention that while the whole world suffered from the economic crisis, India and China managed to maintain their position. In our country the economic growth of 6.5 had been recorded, whereas in other countries financial decrease was registered. Yes, India and China will say their word in the world economy.


Due to what the Indians did manage to sustain economic growth?
Several reasons: The first condition is a very well developed banking system, besides, we have a very large internal market, and one of the reasons to confront the crisis was very well-organized financial policy and management.


Do you want to say that India has stronger banking system than financial system of the United States?
The crisis began in America and spread to other countries while India resisted it because we spend according to our funds, we do not live in the same way as people in America do by taking loans. If we have a hundred dollar income, then we just spend that much and not by taking a thousand dollar loan "Stretch your feet according to your blanket".

In his interview to Mediamax Deputy Minister of the Ministry of Foreign Affairs of Armenia Mr Sergey Manasaryan informed about the coming visit of President Serzh Sargsyan to India.

"- We have a proper dialogue with India in terms of foreign policy.
...We support India as to its vital issues of foreign policy. They lead a very balanced policy concerning us. In terms of trade-economic cooperation we of course yield. I believe that we should take up certain measures on order to interest businessmen and familiarize them with the Armenian market. A delegation, consisting of representatives of about 30 Indian pharmaceutical companies, will arrive in Armenia.
The official visit of the Armenian President to India is on the agenda. There are no definite dates yet, but a principle agreement was reached during the visit of the Foreign Minister to India. "

Read the whole interview here.
Posted by IAF at 17:32 No comments:

Women are True Source of Inspiration & Solidarity for IAF


This Women's Day is something special for IAF and its members. When I gave a thought to the management structure of IAF, it was quite pleasant to know that IAF is backed, loved, supported and managed by majority of women. In fact let me confess something to all of our admirers and readers very candidly that the very root of  creation for India-Armenia Friendship is absolutely inspirational. IAF is existing and ever growing strength to strength,  ONLY because of a great lady who inspired me to take this challenge head-on and she is the inspiration to take it to its final destination. I'm sure, IAF will be proved as a milestone between Indo-Armenian People to People connection. It has already created a positive vibe all around in such a manner that people can feel it near them. They can sense the closeness of each other...So far, but so close to each other.
Even after its creation, IAF is blessed with the WOMEN POWER as we can observe that it's managed by majority of women, all capable of changing the world. Truly proving the quintessence "To See The Change, Be The Change!". They have become a change and subsequently encouraging their opposite sex to come forward and join them in their JOURNEY to make India-Armenia Relationship to the greatest strength. Especially Women from Armenia has taken the charge in their own hands to make Armenia a great prosperous country and on this occasion let us assure them that their struggle will not go unnoticed. We all are with you. We will build India-Armenia together. Together we can, and together we will!

My dear Ladies, my salute and greatest respect to you all on a day which marks your strength, accomplishments, Prosperity and Inspiration for us. Wish you all a great International Women's Day.
Posted by IAF at 10:19 2 comments:

On March 1-8, the Armenian delegation led by Secretary of Armenian National Security Council (NSC) Arthur Baghdasaryan will pay a working visit to India and the United Arab Emirates.
As part of the visit to India the delegation members will hold meetings with Shivshankar Menon, National Security Adviser to Indian Prime Minister, Ministers of Foreign Affairs, Defense and Interior Affairs, as well as with representatives  of Indian Institute for Defense Studies and Analyses and other high-ranking officials of the country.